Can cryptocurrency eventually replace traditional fiat? Maybe … but it will have to navigate several considerable obstacles first.

Many have touted cryptocurrency as the future of money, commerce and investment. That’s largely because of its lack of centralized control, ability to store value, frictionless transacting and democratized access to the world financial system.

All of this means people need not rely on central banks or governments for facilitating transactions, managing the supply of money, nor any other function of traditional fiat currency.

Cryptocurrencies bypass this central command and control by using open-source decentralized ledgers called blockchains to record all transactions since each coin’s beginning.

But while these records of account do a remarkable job at combating things such as fraud, theft and other problems commonly found in traditional financial systems, digital currencies still face numerous hurdles to legitimacy and widespread adoption.

Read on as we look at some of the best-known risks to cryptocurrencies becoming a replacement to fiat currency. 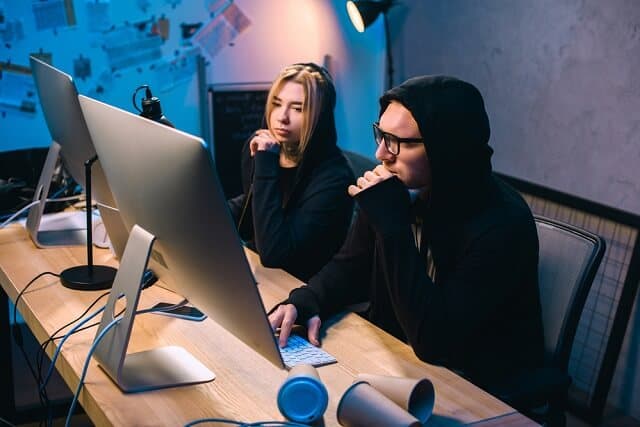 A quick refresher: Cryptocurrency is a digital currency that can be used to buy goods and services. It uses an online ledger called blockchain with strong cryptography to secure online transactions.

The first and most famous cryptocurrency is Bitcoin. However, thousands of cryptocurrencies exist, with the total asset class exceeding a $2 trillion market capitalization earlier this year.

Every transaction recorded across these cryptocurrencies over time has been recorded on a blockchain, verifying who rightly owned coins in a public ledger.

The thing is, it’s not just transactions that get recorded to blockchains.

Hidden surprises are sometimes buried in the code. From pictures of Nelson Mandela to prayers for miners, tributes to the fallen, pranks and even WikiLeaks data, the Bitcoin blockchain contains all kinds of non-financial information.

By virtue of how the blockchain works, every subsequent block added to the chain must contain every previous block to maintain a legitimate recording of events. Otherwise, the security of the blockchain fails and it can no longer be trusted.

While the previous list contains mostly harmless items, cryptocurrency’s openness in the mining process exposes it to much more nefarious types of content getting added to the blockchain for each coin.

If objectively harmful content gets added to the new blockchains, forcing fork after fork, this could spell trouble for the chance of stability for these coins, as well as their broader adoption.

This system relies on a “Proof of Work” methodology, whereby crypto miners compete with ever-increasing computing power to solve the algorithm before others.

As a reward for solving the puzzle, the winning miner receives a nominal amount of the cryptocurrency. This motivates miners to continue mining, as well as invest in their operations.

However, concerns have arisen about the environmental impact of cryptocurrencies who use this transaction verification process.

Many see the massive electricity consumption of these cryptomining operations as a problem. The energy used by these crypto operations has a large portion come from “dirty” coal-fired power plants which produce significant CO2 emissions.

Indeed, “dirty cryptomining” might already be responsible for more pollution than America’s largest airline, according to cryptocurrency statistics.

Not all cryptocurrency coins use this transaction verification system. Some rely on a “Proof of Stake” system whereby servers use consensus polling to identify the correct transactional history of a currency. This process uses far less energy than the Proof of Work system employed by a coin like Bitcoin.

Before cryptocurrency lands in the mainstream, it might need to clean up its act. 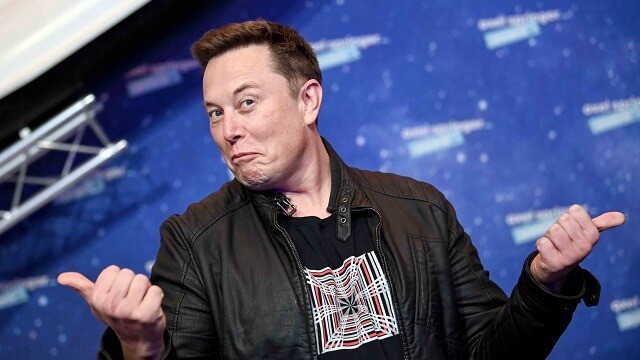 Cryptocurrency doesn’t have centralized control. It goes against the currency’s purpose and is largely a reason for its success.

However, in recent years, Elon Musk has become wildly popular in the crypto community, and it sees him as its biggest booster.

Musk’s company, Tesla (TSLA), became the first S&P 500 constituent to invest in Bitcoin as a means to broaden the company’s appeal.

Tesla also said in March that buyers could use the digital currency to purchase its vehicles. This move, and its step toward legitimizing cryptocurrency, sparked a rally in most cryptocurrencies.

With media comments and tweets, Musk has influenced billions of dollars to flow into these virtual coins … but he has triggered outflows, too. For instance, in mid-May, Tesla said it would no longer be accepting Bitcoin payments because of its environmental impact.

This back-and-forth exerts real pressure on cryptocurrency prices, in both directions. And Musk’s emergence as a backer of Bitcoin and the broader crypto space has complicated digital currencies’ decentralized control narrative. His words hold significant sway on the asset class and how people see it.

Some people who want crypto to replace fiat currencies likely don’t enjoy seeing this mercurial celebrity entrepreneur influence the space so thoroughly. Moves like pulling the plug on accepting Bitcoin, or showing continued enthusiasm for Dogecoin, a coin created as a joke, are understandably grinding.

Cryptocurrencies now face a “key person risk” from Musk – something that’s out of step with cryptocurrency’s founding ethos.

Cryptocurrencies maintain their independence through market-driven processes to build their blockchains like mining and consensus polling. This prevents fraud, counterfeiting and centralized control.

It also makes them largely immune to governmental regulation because of miners’ abilities to relocate to anywhere in the world. So long as miners can secure the necessary power and hardware necessary, they can be location-agnostic.

Governments have largely been unsuccessful in banning cryptocurrencies in their own borders. In fact, the current system of the globalized internet makes it nearly impossible.

According to Pat Larsen, CEO of crypto tax software company ZenLedger, every country would have to create “a walled internet like China and then [try] to ban cryptocurrency inside their firewall.”

While governments might not have the power to ban cryptocurrencies outright, they can certainly ban their use cases. China recently signaled a warning about using virtual currencies as a form of payment.

Despite actions like this, regulators cannot ban all cryptocurrency because of its virtual, decentralized nature. As a sign of their resilience against governmental control, Larsen states, “[attempts] to ban cryptocurrency often [prove the coins’] worth as citizens seek to acquire ways to flee a failing currency or state. Oppressive regimes spawn innovation and black markets time and again.”

That doesn’t mean governments won’t keep trying to find ways to limit the prevalence of cryptocurrencies. Indeed, their desire not to cede control of the financial system should only strengthen as this asset class appreciates in value. 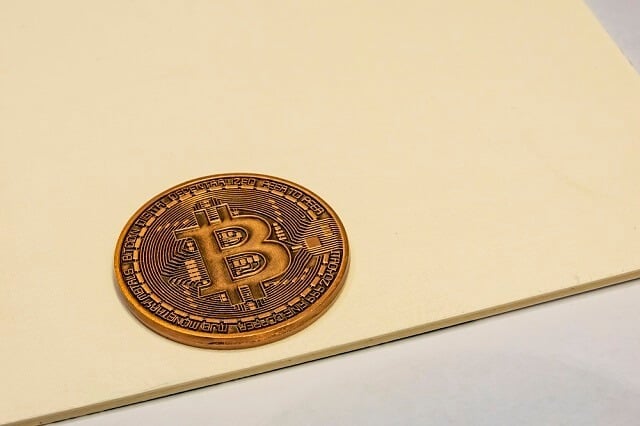 If you can’t beat them, join them.

Governments have made numerous overtures at their displeasure with cryptocurrencies circumventing their hegemony. To this point, many of their concerted actions have failed to quell the crypto-mania we’ve seen in recent years.

In response, governments and their central banks can opt to launch their own state-controlled virtual currencies. These would have centralized control and have the explicit backing and support by governments.

This wouldn’t necessarily extinguish the current spate of virtual currencies, but it could potentially cripple their market value. Though, even with state-controlled stablecoins, one main area that existing virtual currencies could still add value is continued innovation.

If cryptocurrencies seek to replace fiat currency as a global resource and become a widely accepted form of payment, store of value and unit of account, it’ll need to address some of the security concerns, clean up its environmental act, as well as quell government displeasure with their existence.

No easy feats by any measure, but not impossible, either.

I originally wrote this story for Kiplinger as a contributing writer and have received permission to have it appear on my website.

Best Investments for Young Adults: How to Invest in Your 20s

How to Get Free Stocks: 16 Apps Giving Shares @ Sign Up

How Does Robinhood Make Money? 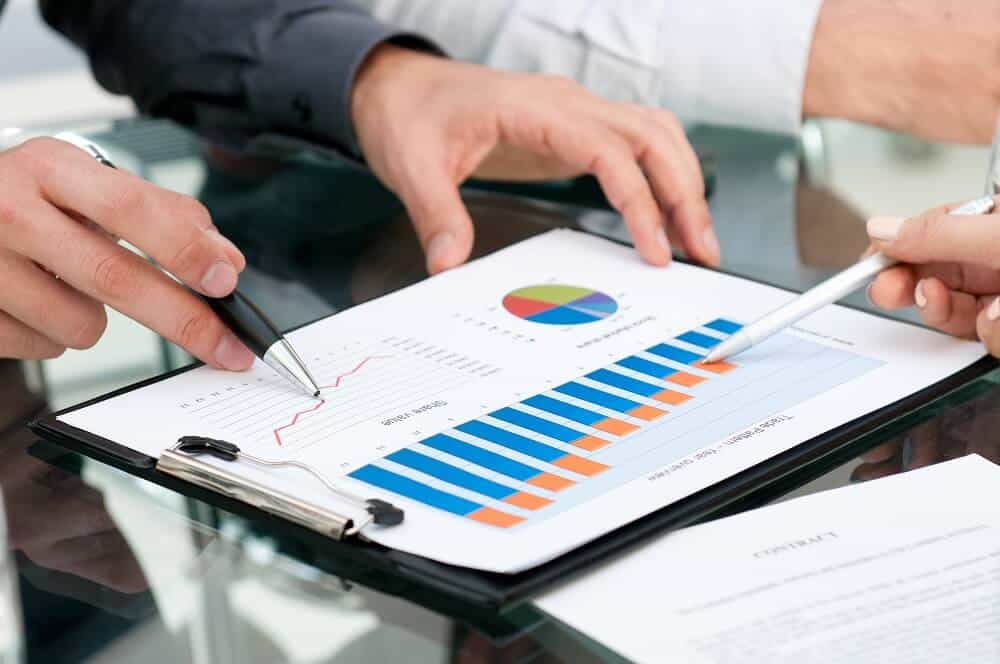