LAST MODIFIED July 04, 2022
Disclosure: We scrutinize our research, ratings and reviews using strict editorial integrity. In full transparency, this site may receive compensation from partners listed through affiliate partnerships, though this does not affect our ratings. Learn more about how we make money by visiting our advertiser disclosure.

Last year, more than 47 million people placed bets during the NCAA men’s basketball tournament (“March Madness”), many of them hoping that their “Cinderella” pick would make a deep run and win big bucks.

Interestingly enough, there is a parallel between betting during March Madness and investing in stocks. Many investors may hope and actively make a bet on a stock that could be a “Cinderella” stock that becomes the next Tesla or Amazon.

We all love a good Cinderella story, which is what makes the NCAA basketball tournament (or “March Madness”) so captivating.

Add in sports betting and the potential to win big money by betting on a Cinderella team, and you have a recipe for increased interest among fans and non-fans alike.

Plus, we’re psychologically wired to root for the underdog, and March Madness allows us to do just that.

The tournament usually delivers, too, as there have been many “Cinderella” teams over the past couple of decades, like George Mason in 2006, Loyola Chicago in 2018, and Florida Gulf Coast in 2013.

The ultimate Cinderella team, though, may just be Gonzaga. The college used a deep tournament run back in 1999 to springboard its men’s basketball program and become one of the perennial top teams in the country.

And again, a similar dynamic exists in the financial world, too — specifically, in investing. Many investors pore over stock charts and financial reports to find the stock market’s next Cinderella.

That’s because, if they find one, buying the company’s stock and then seeing it gain massive value could result in a huge payday.

The lingering question, though, is this: Is that a good or sustainable strategy to drive significant returns?

March Madness betting and stock-picking: How are they similar? 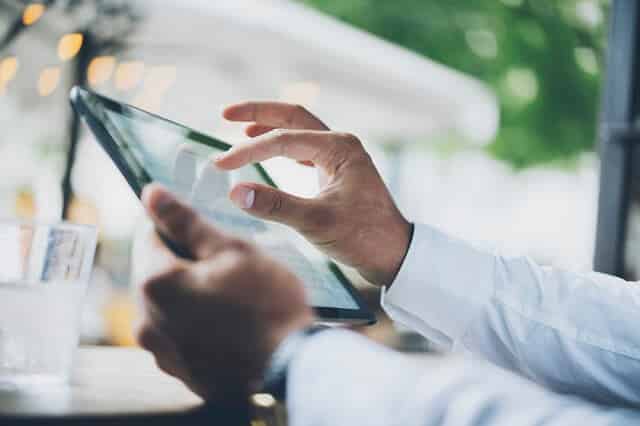 Tens of millions of people will wager a bet this March, and there are potentially hundreds of ways to place a bet.

You could bet that you’ll fill out the perfect bracket (the odds of doing so are roughly 1 in 120 billion if you know what you’re doing).

Obviously, those bets come with varying odds and probabilities. You’re much more likely to pick the team that wins the tournament than you are to fill out a perfect bracket.

This would entail correctly picking the winner of all 67 games during the tournament.

And some teams have a better chance to win than others. Picking Duke to win the national championship in 2022 is probably a much better bet than picking DePaul.

So, how does this all relate to investing?

Think about picking stocks or other assets, maybe even cryptocurrencies. Some are already very valuable, like Amazon stock or Bitcoin.

But others, perhaps some that we’ve never heard of, are still low in value but could become very valuable over the next year.

As an investor, you’re looking for those “Cinderella” stocks because they present an opportunity to earn the most significant return.

However, the problem is that it’s challenging, if not impossible, to pick those stocks, even with the right stock research apps and tools.

The odds of choosing one stock, loading up on shares, and having it blossom into the next Tesla are infinitesimal.

Think of it this way, and we’ll take Gonzaga as an example. Before the Zags’ initial Elite Eight run in 1999, was there any way to think that the program would go on to become a national powerhouse?

There wasn’t — and if you were to have made a bet that Gonzaga would have done just that, your friends would have called you crazy.

In the same way that your chances of choosing the next national champion out of the field of 68 (or filling out the perfect bracket) are low, so are your odds of picking the next Tesla, Amazon, or Microsoft.

In effect, picking individual stocks, using little more than some armchair chart-gazing and intuition, is probably not the best strategy for non-professional investors. Which begs the question: Is there another way?

Broaden your bets (and investments) 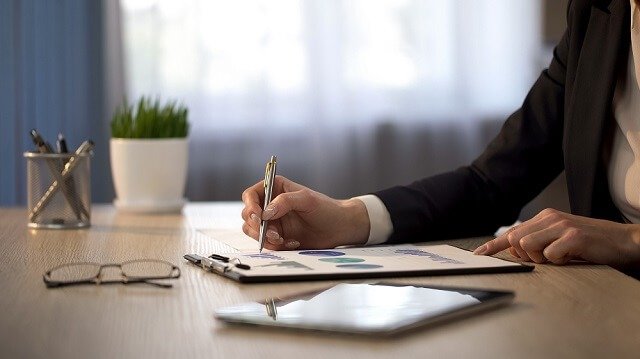 Instead of betting on, say, Duke to win this year’s tournament, what if you could bet on a school from Duke’s conference, the ACC, instead?

On average, around seven teams from the ACC make the NCAA tournament each year. So, if you were to bet on the ACC rather than just Duke, your odds of placing a winning bet would increase dramatically.

Or, what if you were to broaden the bet even further? You could bet that a team from Duke’s region (in the tournament) would win, which would equate to a roughly 25% chance of winning. Or, what if you could make the broadest bet of all?

Choosing to bet that any team at all will win the NCAA tournament?

On the face of it, this seems like a sure-fire winning bet. Though, let’s remember the pandemic led the NCAA to cancel the tournament in 2020. So every bet, no matter how safe it appears, has its risks.

But let’s consider how this might look to an investor. Instead of picking a single electric vehicle company and hoping it becomes the next Tesla, you could instead buy an exchange-traded fund (ETF) that’s composed of companies in and around the electric vehicle industry.

In effect, you’re basically picking on Tesla’s “conference” to bring it back to the NCAA tournament, to increase in value.

Or, going even broader, what if you bet on the whole market? This would be similar to betting on any team winning the NCAA tournament.

The instrument to do that would be something akin to an S&P 500 index fund, which gives investors broad exposure to the ups and downs of the market.

So, if the market has a good day, your S&P 500 index fund likely increases in value.

Index funds are designed to give broad exposure to investors, either to the whole market or to certain parts of it — like specific industries, geographies, and more. ETFs are like baskets of investments — numerous stocks, bonds, etc., that are packaged together and sold like stocks.

Both are tools that allow investors to take a more “passive” approach. This compares to an “active” approach, in which investors, or portfolio managers, select individual investments, thinking that they can “beat the market.”

They think they can pick individual stocks or other assets that will gain more value than index funds or ETFs over the same period.

Sometimes they’re right, but not usually. Look at the numbers: On average, the S&P 500 returns between 10% and 11%, going back nearly a century.

Meanwhile, only 17.5% of actively managed funds in the U.S. outperformed the S&P 500 over the past 10 years, according to data from S&P Dow Jones Indices.

In short, it means that you’d be better off betting on the whole NCAA tournament rather than a single team or conference.

There are few layups in investing

When it comes to the NCAA tournament, not every Cinderella team will end up being the next Gonzaga. Like Butler or Wichita State, some teams may have a few good years and then float back down to earth.

And in the stock market, not every stock will become the next Tesla. Some might get some traction for a while, like GameStop, but then also revert to the mean.

For that reason, it’s likely a better strategy for investors to bet broadly rather than on individual companies, sectors, or industries. While there may be times where you think that backing a specific stock is a sure thing, unlike March Madness, there are few layups in investing. 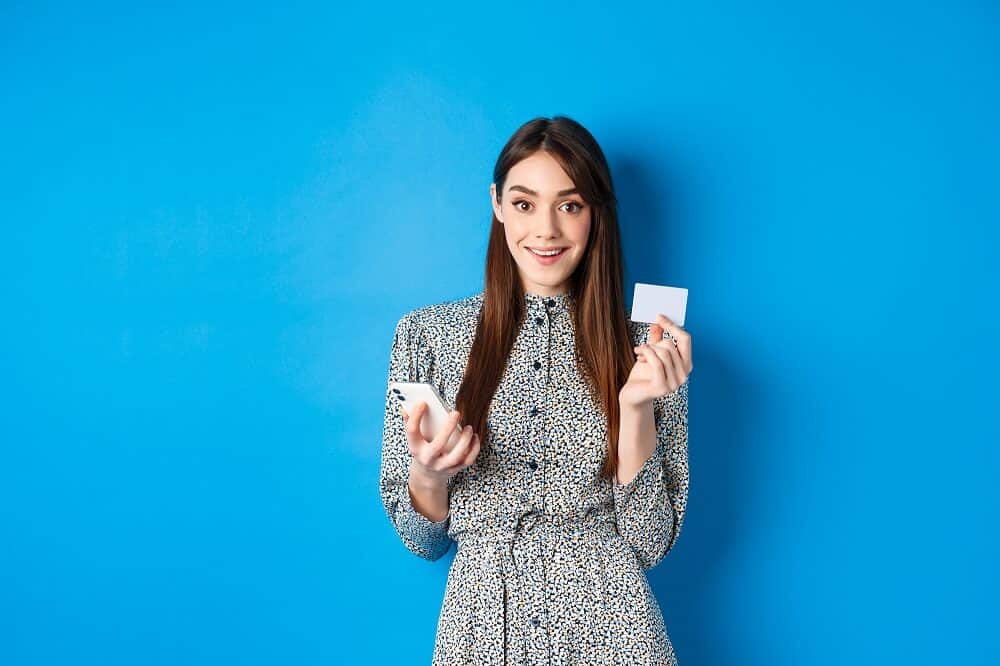 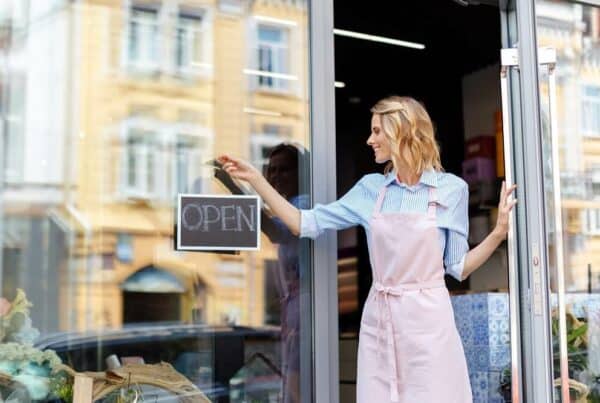 How to Invest in Small Businesses as an Investment Opportunity

How to Invest in Small Businesses as an Investment Opportunity