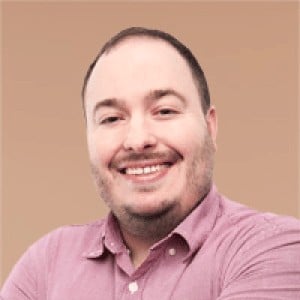 Editor-in-Chief, Young and the Invested (YATI)

Kyle Woodley is the Editor-in-Chief of Young and the Invested (YATI). His 20-year journalistic career has included more than a decade in financial media, where he previously has served as the Senior Investing Editor of Kiplinger.com and the Managing Editor of InvestorPlace.com.

Kyle spent five years as the Senior Investing Editor at Kiplinger, and six years at InvestorPlace.com, including two as Managing Editor. His work has appeared in several outlets, including Yahoo! Finance, MSN Money, the Nasdaq, Barchart, The Globe and Mail, and U.S. News & World Report. He also has made guest appearances on Fox Business and Money Radio, among other shows and podcasts, and he has been quoted in several outlets, including MarketWatch, Vice, and Univision.

He is a proud graduate of The Ohio State University, where he earned a BA in journalism … but he doesn’t necessarily care whether you use the “The.”

Check out what he thinks about the stock market, sports, and everything else at @KyleWoodley.

Crypto for Kids: How to Open a Crypto Account for Minors [2023]

How to Use Your HSA for Retirement [Tax-Efficient Investing Tool]

Does Opening a Checking Account Affect Your Credit Score?